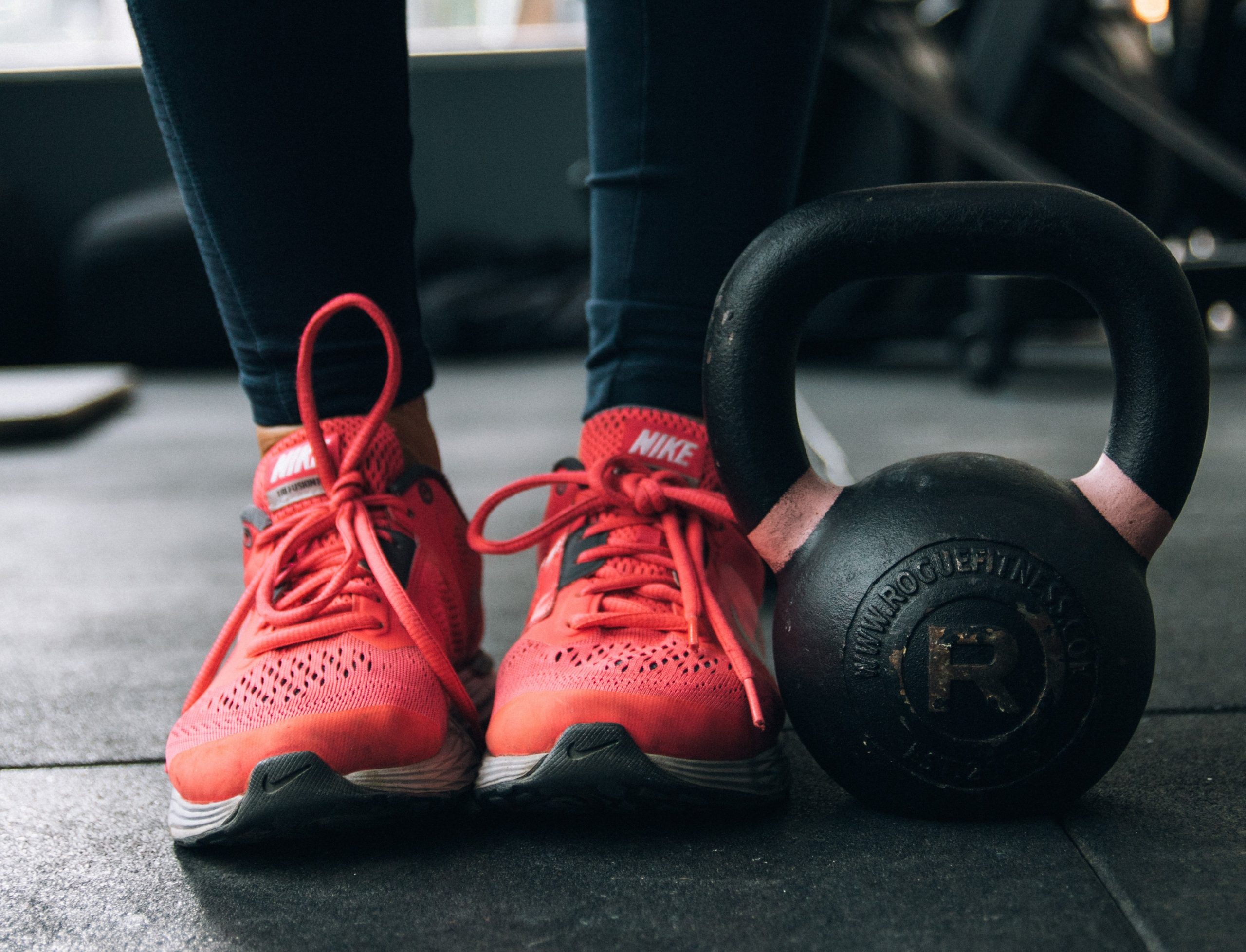 :An evidence based Guide

When someone starts the keto diet, their goals are usually targeted toward weight loss. The low-carb, high-fat, moderate-protein diet has been shown to suppress appetite and metabolically rejigger the body to use fat as fuel.

Low on the list of keto goals is typically muscle building. At first glance, a diet low in carbs and moderate in protein doesnʼt seem appropriate for bulking up. To gain muscle, most envision carb-loading and protein shakes– not diets high in fibrous vegetables, with little-to-no carbs.

Weʼre here to rewrite the narrative that building muscle on keto is impossible. Both science and subjective experiences speak to the ability to maintain, or sometimes gain, muscle mass while on keto. Research suggests most weight loss on keto is fat (after some initial water loss), not muscle.

But before turning the tables, the table must first be set. How does one develop muscle in the first place?

Essential to muscle growth, resistance training is a key trigger for boosting muscle size.Muscle mass is maintained by a tightly regulated balance between protein synthesis and protein breakdown.

Inactivity can lead to muscle protein degradation and muscle loss, while resistance training, such as weightlifting (“mechanically overloading the muscle”) activates the mTOR pathway to increase muscle protein synthesis and slow muscle breakdown.

This can lead to an increase in muscle size (aka hypertrophy) and strength. More intense exercise leads to greater activation of mTOR and increased muscle growth.5,6

mTOR can be activated by triggers including insulin and insulin-like growth factor 1 (IGF1). Both are potent anabolic (tissue-building) hormones–but have been used to bulk up artificially. These hormones are important for muscle growth, but arenʼt essential.

Branched-chain amino acids (BCAAs) are a group of essential amino acids, and are the most effective at both triggering muscle growth and suppressing muscle breakdown–especially the BCAA leucine.

But consuming enough protein with each meal may actually be more important for muscle maintenance when not training. Dietary protein can provide the stimulus for mTOR activation and the protein synthesis missing on rest days.

The relatively low concentrations of insulin, stimulated by dietary protein, are sufficient to achieve maximal increase in muscle protein synthesis and/or reduce protein breakdown. The additional rise in insulin levels triggered by carbs does not appear to provide a greater stimulus for protein synthesis.

Another common belief is that carbs are essential to consume after every workout to replenish muscle glycogen levels (stored carb energy). But after an extended period of adaptation to ketosis, muscle glycogen is the same as athletes who eat a normal, higher-carb diet.

In a ground-breaking study, elite ultra-marathoners and Ironman triathletes who were keto-adapted for an average of 20 months had similar rates of glycogen repletion post-exercise compared to athletes on a high-carb diet.

So whereʼs all the glycogen coming from, if not from carbs? Gluconeogenesis likely caused the synthesis of glycogen in low-carb athletes; non-carbohydrate molecules, such as lactate amino acids and glycerol (from fat burning) are used to make glucose in the liver. This glucose is transported to muscle tissue, where itʼs stored as glycogen.

A post-workout drink with whey protein, along with exercise-induced lactate, may be sufficient to restock muscle glycogen via gluconeogenesis– without the need for carbs.

The perfect macronutrient calculator for keto.

Maintaining balanced macronutrients is a challenge. Subscribe, and we’ll send you our easy-to-use macronutrient calculator to track all your food

Building Muscle on Keto – The Evidence

Here’s what the science says.

The keto diet optimizes body composition. When on keto, carbs arenʼt required for muscle growth or glycogen replenishment, thus avoiding the potential to gain body fat from excess carbs / insulin. Instead, low-carb consumption leads to low insulin levels, which enables the body to access and burn fat for energy.

Simultaneous to fat-burning, ketosis spares muscle from being broken down to provide amino acids for gluconeogenesis. A study showcased this fact by comparing three diets with an equal amount of calories and protein, but different amounts of carbs. The diet with the fewest carbs (30 grams / day) caused an increase in ketones and resulted in more fat loss than other diets.

Lean tissue was also preserved to the greatest extent on the keto diet. The utilization of protein is improved during nutritional ketosis. This enables one to eat less protein on keto while maintaining muscle mass.

Blood levels of branched-chain amino acids (BCAAs) are also significantly increased on keto. BCAAs provide direct energy to muscle cells and promote muscle growth. Ketones and BCAAs are structurally very similar; during ketosis, ketones may be preferentially burned for energy, thus sparing BCAAS for muscle maintenance. Intravenous infusion of the ketone body beta-hydroxybutyrate (BHB) in volunteers resulted in decreased use of leucine (a BCAA) for energy and enhanced protein synthesis.

This increase in mTOR activity led to a doubling of protein synthesis tested in-vitro. Since carbs werenʼt restricted, results suggest exogenous ketone esters may be used by athletes on a mixed diet who need carbs for quick-burst, high-intensity performance, and who also want to promote muscle building through ketosis.

Some people confuse keto to be high-protein; in fact, the diet encourages low-to-moderate protein intake. In some people, excess protein can kick them out of ketosis. Conversely, others can get into ketosis without restricting protein at all.

For muscle building, this is a win-win.

Even those needing to curb protein intake to maintain ketosis, less protein is wasted and more is used to drive muscle growth.

The Ketogenic Diet for Body Composition and Muscle Growth

There are a limited number of human studies investigated how the low-carb ketogenic diet supports gains in muscle mass with resistance training.

A recent study in college-aged athletes analyzed the effects of the keto diet when compared to a traditional Western diet containing identical amounts of calories and protein. After ten weeks of resistance training, gains in muscle mass and reductions in body fat were found to be similar for both groups.

Reports of keto-induced muscle gains without the inclusion of a structured resistance exercise program have been recorded. A six-week, carbohydrate-restricted diet resulted in a significant, but unexpected, increase in lean body mass (along with decreased body fat) in a group of healthy, average-weight men. These subjects transitioned from a diet of 48% carbs to a keto diet of 8% carbs.

Other studies on resistance exercise while on the keto diet didnʼt show similar muscle gains–but they did show muscle preservation. In one 30-day study, elite gymnasts followed their normal training program while on a keto

diet. The result was a substantial decrease in body fat and fat percentage without compromising strength and power performance. Muscle mass was basically maintained.

Another study in non-elite CrossFit (high-intensity training with both weight lifting and other resistance exercises) athletes illustrated the keto diet induced major losses in body fat while preserving muscle mass. All participants in the study significantly improved CrossFit performance time and overall power.

Studies designed specifically to analyze muscle building on the keto diet are necessary. An important confounding issues with studies on ketosis is the length of time allowed for keto-adaption. This often varies from study to study, which can affect outcomes.

Positive effects on body composition, without performance impairment, showcase the versatility of the keto diet. For example, a wrestler needing to gain weight could use a short-to-medium-term keto diet to burn body fat without undermining strength and muscle mass.

Many people today are successfully building muscle on the ketogenic diet– unless youʼre trying to pile on muscle mass without thinking about body fat.

A low-carb keto diet is certainly a powerful tool for shedding extra body fat. With a calorie surplus from protein and/or fat, combined with resistance exercise, muscle growth can be pulled off. The payoff is a more favorable body composition.

Adequate protein is crucial for muscle-building, but eating 20 – 30 grams of high-quality protein per meal will supply the body with enough leucine to trigger mTOR, and encourage protein synthesis. This isnʼt a high protein intake, and shouldnʼt affect ketosis. Whatʼs more, ketones are anti- catabolic, meaning they spare muscle protein from being degraded.

Carbs arenʼt necessary for building muscle. On keto, the insulin effect from protein is sufficient enough to promote muscle protein synthesis, and that protein can be used to refill depleted glycogen stores via gluconeogenesis.